Founded in Linz in 1968, KEBA today is an internationally active company that creates its success from technological innovations, the highest quality requirements, and the dynamism and enthusiasm of its employees.
KEBA works on new developments and industry solutions with the objective of creating sustainable competitive advantages for its customers.

KEBA Group headquarters are located in Linz, Austria. The company has own branches in Germany, the Netherlands, Romania, Turkey, Switzerland, Italy, the Czech Republic, the USA, China, India, South Korea, Taiwan and Japan.

Since the end of 2018, the German KEBA Industrial Automation Germany GmbH (formerly LTI Motion GmbH) with headquarters in Lahnau has been part of the KEBA Group. KEBA Industrial Automation Germany GmbH is a specialist in the area of servo drive technology.
Since the merger, KEBA has been a total solution provider in the industrial automation sector. Customers receive their automation solutions from a single source - from operation, control and safety technology to drive technology, and all of this suitable for every industry.

With effect from 31 May 2016, KEBA AG took over KEMAS GmbH, a German company based in Oberlungwitz near Chemnitz.
KEBA has taken an 80 per cent interest in the company, which has a workforce of 75, while the remaining 20 per cent remain in the possession of the company founder and his son. The KEMAS name is to be retained and operate under the umbrella KEBA brand. The operative management of the new KEBA subsidiary will also remain in the hands of the established managerial team.

In early 2013 KEBA took over a majority position in the Dutch automation company DELEM with headquarters in Eindhoven. With this takeover in the industrial automation sector, KEBA expanded its industry segment in plastics, robotics/handling technology, and packaging with the sheet metal processing segment.
DELEM is an independent company within the KEBA group. The DELEM management team handles operations management.

KESAT a.s., based in Jihlava, Czech Republic, has been a subsidiary of KEBA AG since 1991. Its activities include the optimization, automation and visualization of production processes in various industries.

In the start of 2007 KEBA expanded its position in the Chinese banking market by establishing the joint venture CBPM-KEBA with headquarters in Peking. CBPM (China banknote printing and minting corporation) is a subsidiary of the Chinese central bank that has about 30,000 employees and is the largest banknote printing company in the world. By founding CBPM-KEBA, marketing structures were used and potential synergies opened up.

„Technologies of KEBA help people to make the
world of life and work easier.“

For years, KEBA has stood for innovative automation in a variety of industries. We want to shift these sophisticated solutions even more in the service of people. Not just the benefits themselves, but rather the simple access, the convenient use take center stage.

With the claim "Easy to use", our products are consistently focused on the needs of the user and thereby create the optimal connection to technical solutions.

In line with our claim of “Easy to use” our products are geared towards the user’s requirements at all times, thus establishing the optimum link to technical challenges.

Our approach in respect of human interfaces represents a mindset that is oriented not only to the future but also to providing a service to people whenever required.

"The solution is always simple, you just have to find it! "

We focus all of our thinking and acting on the world of tomorrow:

Only those who have the vision can create and contribute to innovations.

Every day we find new solutions that simplify existing processes, make them faster, or result in entirely new applications.

We sense trends and develop trendsetting solutions for defined industries.

Clear unique selling propositions inspire both our customers and the users. 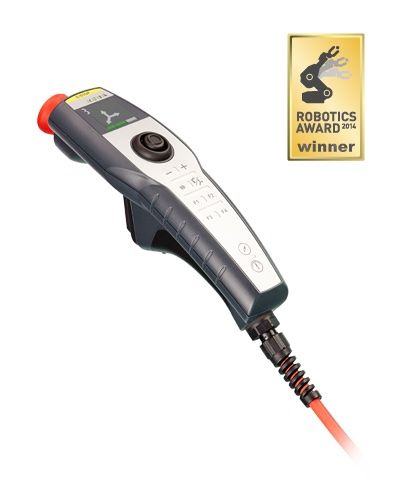 KEBA - company brochure
There was an error

Your request was submitted successfully

Thank you for your request. Our KEBA Customer Support will get in touch with you soon.