KEBA and the BMW group recently celebrated an important milestone: With the delivery approval and the start of series production of the new BMW i Wallbox manufactured by KEBA, cooperation between the Austrian automation specialist and the German premium car manufacturer is official.

In December 2014, KEBA was invited by the BMW group to tender for an intelligent charging infrastructure, which KEBA subsequently won. After an intensive time of product development, the BMW group carried out an audit of the quality processes at KEBA in Linz on the basis of the automotive company’s specifications. The result of this acceptance was pleasing, as Thomas Heidlmair, project leader and head of KEBA product management for charging solutions explains: “Every one of the 91 questions was found to be positive. This is a remarkable result which has made us extremely proud, particularly considering the short duration of the project. The performance of the entire project also impressed the BMW group.” The cooperation between KEBA and the BMW group has now become an intensive partnership.

A second production line has been built in the KEBA factory for the wallboxes that KEBA produces for the BMW group. The first delivery has left the factory for Dingolfing just one day after passing the initial sample inspection and the process series carried out by the BMW group.

The new BMW i wallboxes are available in different versions, which all make a good impression with their attractive design and performance capability. They charge with up to 22 kW; the BMW i Wallbox Plus also has the option of detecting several vehicles belonging to different users with its integrated RFID reader and assigning the data to the correct vehicle.

Solar-optimized charging processes, load management for fleet customers or connections to leading Smart Home systems can be realized with the BMW i Wallbox Connect and its integrated WiFi connection. This creates an holistic charging system which intelligently integrates the charging process in everyday operations and the electricity market, and reduces costs at the same time.

The wallbox developed by KEBA for the BMW group is intended for all relevant markets worldwide, from Europe and the USA all the way to Asia, and is future-proof thanks to the modular system so that future electromobility requirements can also be fulfilled. 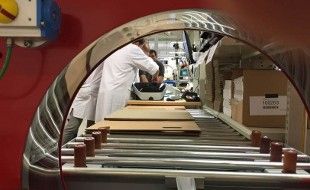 Process series of the BMW i Wallbox at KEBA 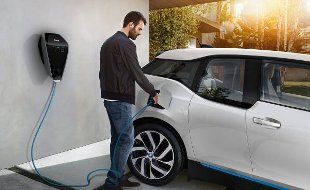 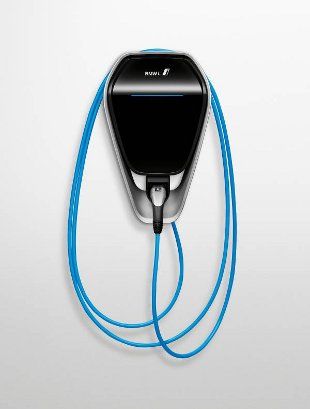 The new BMW i Wallbox produced by KEBA