This special award is granted to entrepreneurial personalities within the scope of the Upper Austrian Pegasus business award. You cannot apply for this category. The Pegasus is the business award of the Oberösterreichischen Nachrichten (“Upper Austrian News”) which is awarded to the most successful Upper Austrian companies in several categories every year. The award winners, who can look back on a long list of successes, are selected exclusively by a top-class jury.

From apprentice to successful entrepreneur
Karl Kletzmaier completed a machine fitter’s apprenticeship at VOEST, followed by a scholarship at HTL in St. Pölten. In the 1960’s, he studied as a technician at VOEST Gunther Krippner, which was the biggest computer center in Austria at the time. Krippner started out as a one-man operation in 1968, with which Karl Kletzmaier initially collaborated before taking on a permanent position in 1970. Whereas we hear about successful start-ups which were established in the backyard nowadays, this is something that KEBA was already doing at the end of the 1960’s: the two-man operation became a globally operating company in the field of automation which has been characterized by a high degree of customer orientation, extreme flexibility and considerable innovative strength since it was established. Even now, investment in research and development is extremely important at KEBA, and is above-average at around 17 percent. 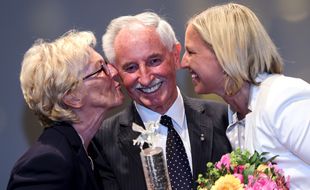 Karl Kletzmaier whose wife and daughter shared his delight at receiving the Pegasus for his entrepreneurial life’s work.
Picture note: OÖNachrichten/Volker Weihbold

Internationality i.e. success-bringer
Karl Kletzmaier has always been passionately active abroad: at an extremely early stage, he recognized opportunities in export and the possibilities which were available for KEBA in other countries, long before globalization became a general trend. It is therefore no wonder that more than 85% of KEBA products are currently exported, and KEBA is represented with its own subsidiaries worldwide, from the USA to Europe and Asia. The company headquarters is still in Linz-Urfahr, where 750 of the total of 950 employees of the KEBA Group work in conjunction with the second production site in the block of industrial buildings that was opened in 2013. An additional 700 employees work at the CBPM - KEBA joint venture in China, which was established in 2007.

Kletzmaier, who has a reputation for being an excellent networker, was also always extremely active in business politics, such as in the research and technology committee, of which he was the chairman for many years. 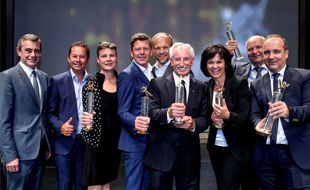